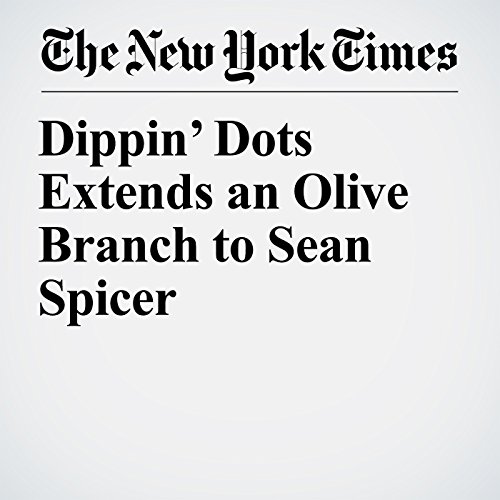 Long before he sparred with reporters as White House press secretary for President Donald Trump, Spicer turned his ire toward an unlikely foe: Dippin’ Dots, a frozen treat described by their maker as “tiny beads of ice cream.”

"Dippin’ Dots Extends an Olive Branch to Sean Spicer" is from the January 24, 2017 U.S. section of The New York Times. It was written by Liam Stack and narrated by Fleet Cooper.