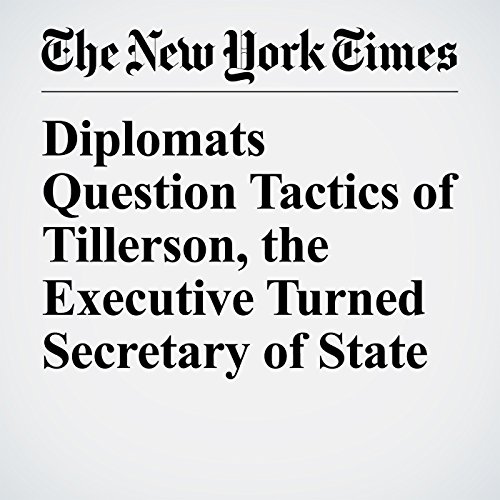 Several times a week the State Department sends a greeting to a foreign country on the occasion of its national day. By tradition, the salutations have been written by low-level diplomats and routinely approved by their superiors.

"Diplomats Question Tactics of Tillerson, the Executive Turned Secretary of State" is from the August 06, 2017 World section of The New York Times. It was written by Gardiner Harris and narrated by Keith Sellon-Wright.