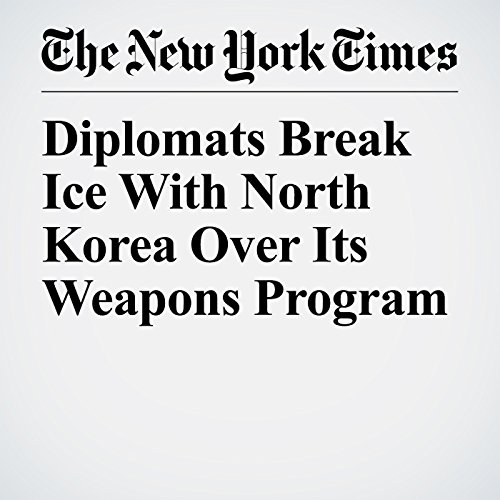 A Southeast Asian diplomatic meeting quietly turned into the first real multiparty bargaining session in eight years to tackle North Korea’s nuclear program, as the country’s top diplomat held a rare round of talks with his counterparts from China, South Korea and Russia.

"Diplomats Break Ice With North Korea Over Its Weapons Program" is from the August 07, 2017 World section of The New York Times. It was written by Gardiner Harris and narrated by Keith Sellon-Wright.