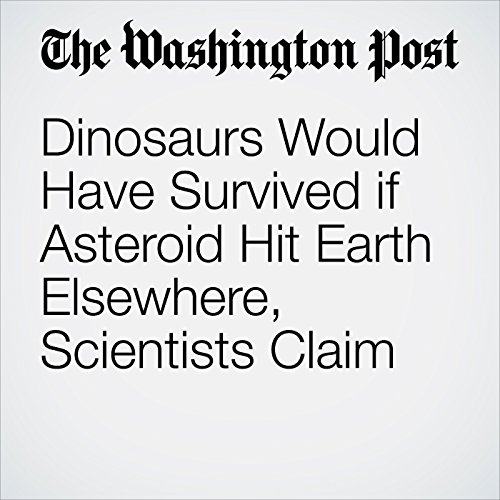 In a paper published Thursday in the journal Scientific Reports, a pair of researchers calculated the K-Pg extinction asteroid had little more than a 1-in-10 chance of triggering a mass extinction when it smacked into Earth.

"Dinosaurs Would Have Survived if Asteroid Hit Earth Elsewhere, Scientists Claim" is from the November 09, 2017 U.S. section of The Washington Post. It was written by Ben Guarino and narrated by Sam Scholl.