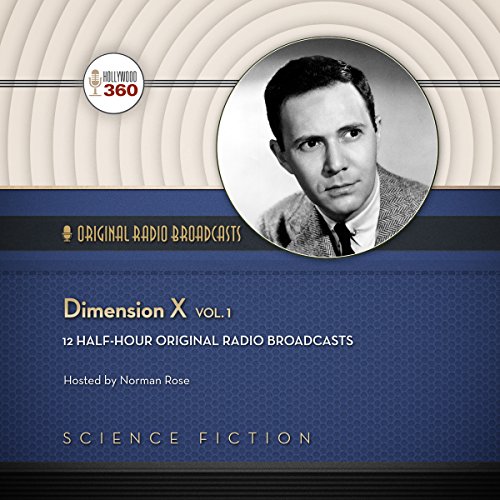 Dimension X was one of old-time radio's first adult science-fiction shows. Though it ran for only a short time, the show made its mark by adapting short stories written by some of the best-known masters of the genre - Isaac Asimov, Ray Bradbury, Robert Heinlein, Kurt Vonnegut, and others. Writers Ernest Kinoy and George Lefferts adapted the stories, occasionally contributing original scripts of their own.

The show, promising "adventures in time and space, told in future tense," transported listeners from their everyday existence to new worlds and foreign landscapes, where alien encounters and rocket ship adventures were no more unusual than a stroll through a park.