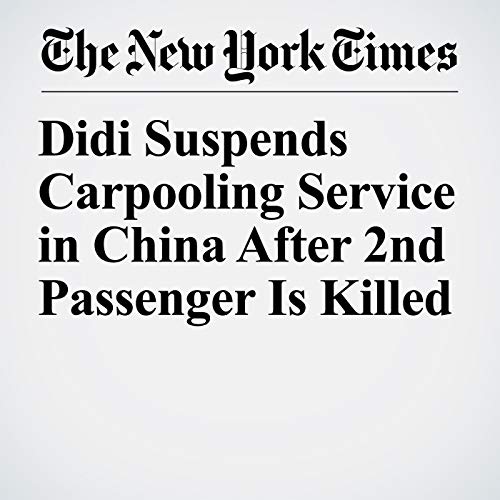 "Didi Suspends Carpooling Service in China After 2nd Passenger Is Killed" is from the August 26, 2018 Business section of The New York Times. It was written by Sui Lee Wee and narrated by Keith Sellon-Wright.