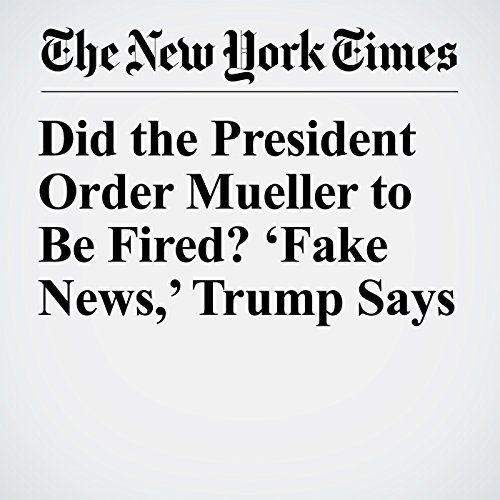 Did the President Order Mueller to Be Fired? ‘Fake News,’ Trump Says

President Donald Trump on Friday denied that he had ordered the firing of Robert Mueller, the special counsel in the Russia probe, but then backed off. The president called reports of the June incident “fake news.”

"Did the President Order Mueller to Be Fired? ‘Fake News,’ Trump Says" is from the January 26, 2018 U.S. section of The New York Times. It was written by Michael D. Shear and Elisabeth Bumiller and narrated by Mike DelGaudio.