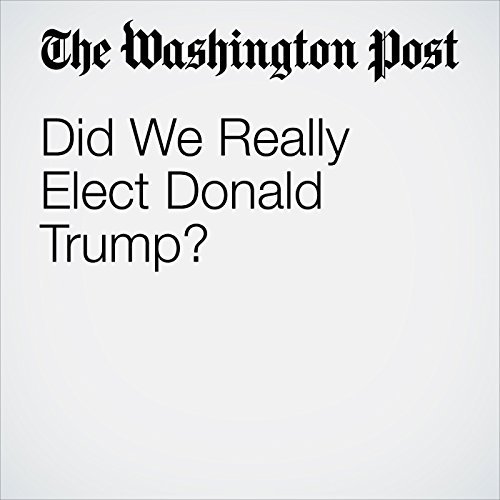 Did We Really Elect Donald Trump?

Republicans can argue until their last breath that Trump objectors are sore losers, but isn’t more at stake than “mere politics”? This phrase has been rendered quaint by such serious issues as Russian hackers apparently trying to tilt the election toward Donald Trump; the FBI’s possibly politically motivated practices; Trump’s initial resistance to the conclusions of the U.S. intelligence community; Trump’s refusal to release tax records, which might mollify concerns about his relationship with Russia.

"Did We Really Elect Donald Trump?" is from the January 13, 2017 Opinion section of The Washington Post. It was written by Kathleen Parker and narrated by Jill Melancon.