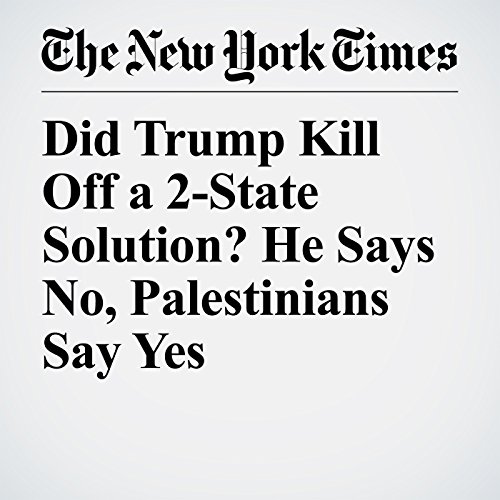 President Donald Trump, in formally recognizing Jerusalem as the capital of Israel on Wednesday, declared that the United States still supported a two-state solution to settle the conflict between the Israelis and Palestinians, provided it was “agreed to by both sides.” For the first time in his 26 years as a peacemaker, the chief negotiator for the Palestinians did not agree.

"Did Trump Kill Off a 2-State Solution? He Says No, Palestinians Say Yes" is from the December 07, 2017 World section of The New York Times. It was written by Mark Landler, David M. Halbfinger and Isabel Kershner and narrated by Barbara Benjamin-Creel.