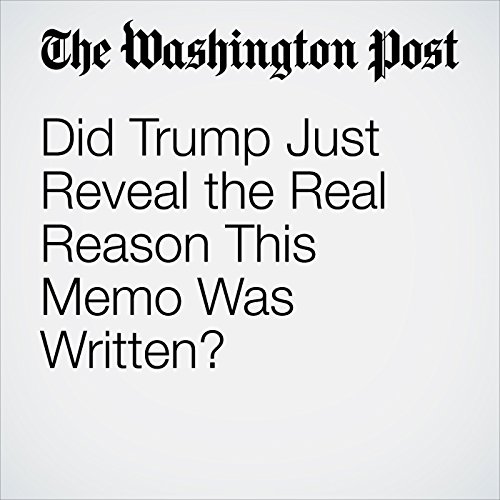 Republican leaders in Congress have one main defense for releasing a controversial memo on the FBI's Russia investigation: It reveals mistakes and even bias at the FBI, not with the separate, independent special counsel investigation set up by the Justice Department.

"Did Trump Just Reveal the Real Reason This Memo Was Written?" is from the February 02, 2018 Politics section of The Washington Post. It was written by Amber Phillips and narrated by Jenny Hoops.