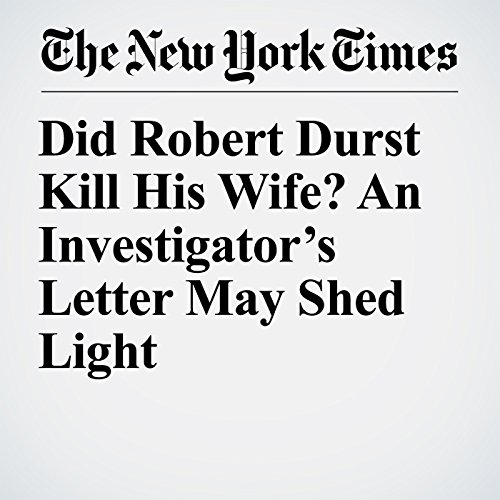 For more than a year, Robert A. Durst, the embattled real estate scion, has endured a grueling series of pretrial hearings in Los Angeles, where he is charged with murdering a confidante to prevent her from telling authorities how she helped him cover up the murder of his first wife 36 years ago.

"Did Robert Durst Kill His Wife? An Investigator’s Letter May Shed Light" is from the May 24, 2018 U.S. section of The New York Times. It was written by Charles V. Bagli and narrated by Barbara Benjamin-Creel.