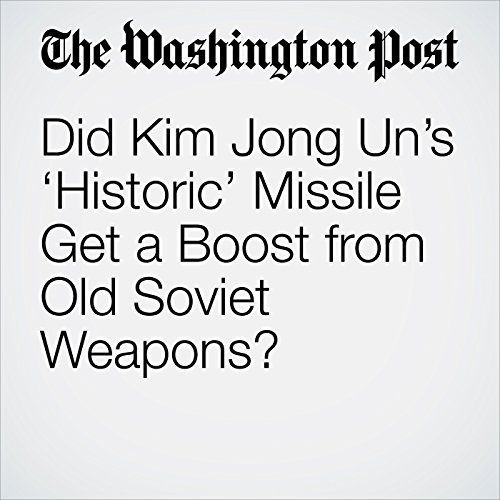 The powerful intercontinental missile tested by North Korea late last year is “highly likely” to have been built with foreign blueprints or parts, according to a new technical analysis that describes multiple similarities between Pyongyang’s new missile and ones built by the Soviet Union decades ago.

"Did Kim Jong Un’s ‘Historic’ Missile Get a Boost from Old Soviet Weapons?" is from the February 16, 2018 National section of The Washington Post. It was written by Joby Warrick and narrated by Jenny Hoops.