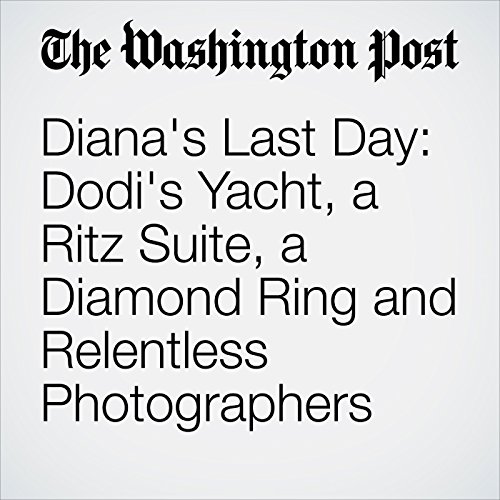 Diana and her beau, Dodi Al Fayed, sipped their coffee marveling at the breathtaking Emerald Coast in Sardinia. Diana took hers with milk. Fayed took his black. There were kiwis, too.

"Diana's Last Day: Dodi's Yacht, a Ritz Suite, a Diamond Ring and Relentless Photographers" is from the August 30, 2017 Retropolis section of The Washington Post. It was written by Michael S. Rosenwald and narrated by Sam Scholl.