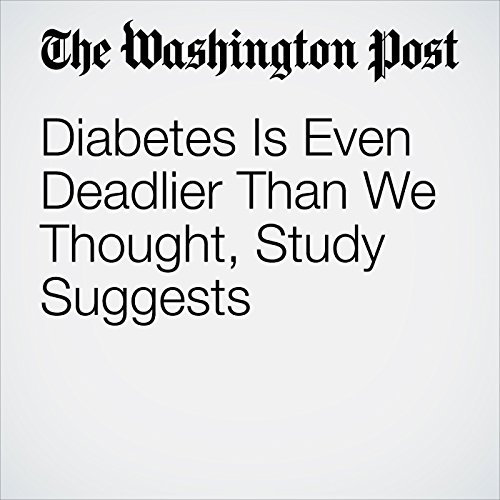 Diabetes Is Even Deadlier Than We Thought, Study Suggests

“We argue diabetes is responsible for 12 percent of deaths in the U.S., rather than 3.3 percent that death certificates indicate,” lead study author Andrew Stokes of the Boston University School of Public Health said in an interview.

"Diabetes Is Even Deadlier Than We Thought, Study Suggests" is from the April 07, 2017 Health & Science section of The Washington Post. It was written by Arlene Karidis and narrated by Sam Scholl.