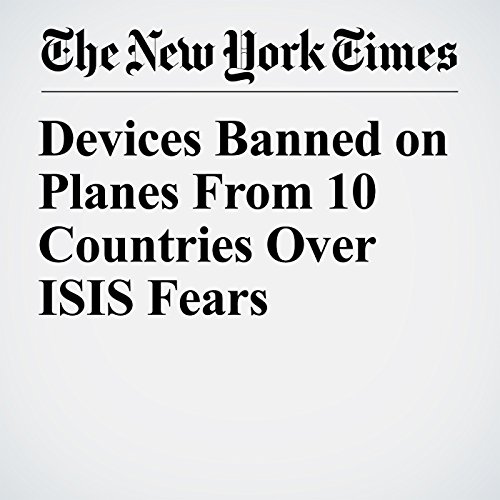 The Trump administration maintained that the new restrictions did not signal a credible, specific threat of an imminent attack. Officials said the alert reflects concerns that the Islamic State is ready — or soon will be — to launch new capabilities against the West.

"Devices Banned on Planes From 10 Countries Over ISIS Fears" is from the March 21, 2017 U.S. section of The New York Times. It was written by Ron Nixon, Adam Goldman and Eric Schmitt and narrated by Caroline Miller.