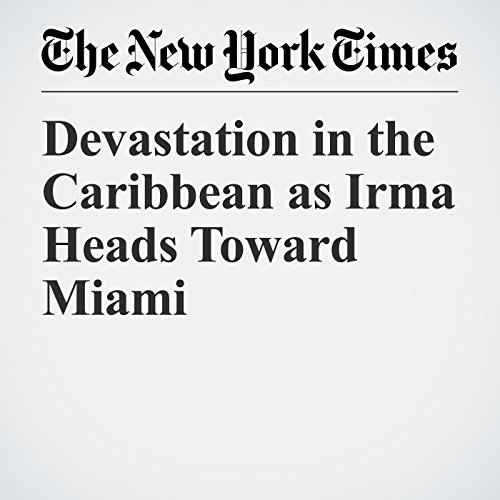 One of the most powerful Atlantic hurricanes ever recorded crescendoed over the Caribbean on Thursday, crumpling islands better known as beach paradises into half-habitable emergency zones and sideswiping Puerto Rico before churning north. It is expected to hit the Florida Keys and South Florida by Saturday night.

"Devastation in the Caribbean as Irma Heads Toward Miami" is from the September 07, 2017 U.S. section of The New York Times. It was written by Frances Robles, Kirk Semple and Vivian Yee and narrated by Mike DelGaudio.