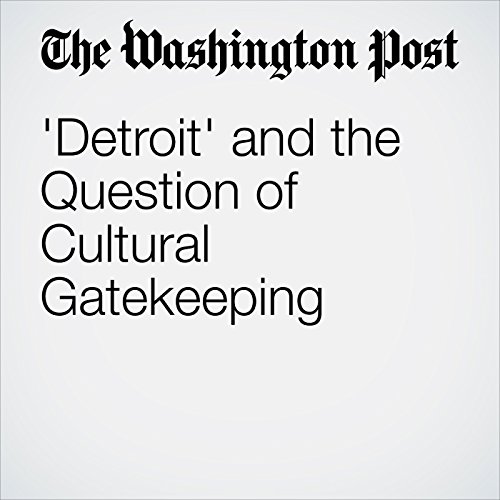 'Detroit' and the Question of Cultural Gatekeeping

The groan, when it came, was swift, the pain behind it palpable. At a curators’ roundtable at the BlackStar Film Festival in Philadelphia last weekend, the subject was gatekeeping. Who decides what stories get told?

" 'Detroit' and the Question of Cultural Gatekeeping" is from the August 10, 2017 Style section of The Washington Post. It was written by Ann Hornaday and narrated by Jenny Hoops.