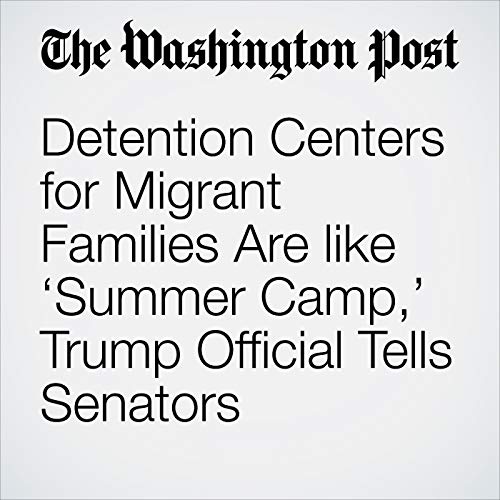 Trump administration officials mounted a fierce defense Tuesday of the controversial family separation policy at the border, defending sites as “more like a summer camp” than holding facilities, and arguing that the detention system simply was not set up to facilitate court-ordered reunions easily.

"Detention Centers for Migrant Families Are like ‘Summer Camp,’ Trump Official Tells Senators" is from the July 31, 2018 National section of The Washington Post. It was written by Nick Miroff and Karoun Demirjian and narrated by Sam Scholl.