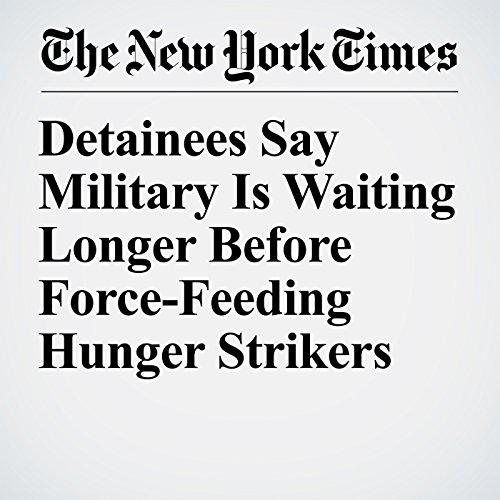 U.S. military officials at the Guantánamo Bay prison recently hardened their approach to hunger-striking prisoners, detainees have told their lawyers, and are allowing protesters to physically deteriorate beyond a point that previously prompted medical intervention to force-feed them.

"Detainees Say Military Is Waiting Longer Before Force-Feeding Hunger Strikers" is from the October 11, 2017 World section of The New York Times. It was written by Charlie Savage and narrated by Kristi Burns.