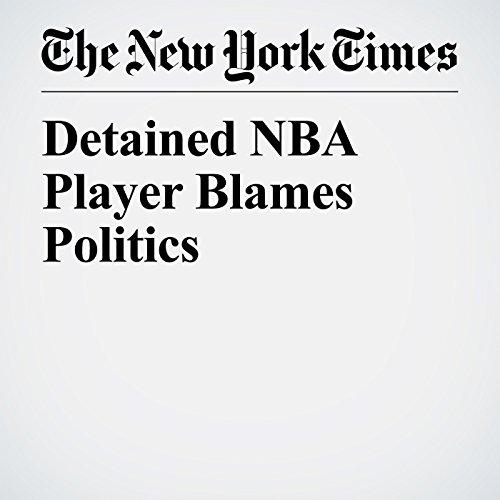 Enes Kanter, a Turkish citizen who is a six-year veteran of the NBA, found himself in an apparent political tussle Saturday that began at a Romanian airport and ended hours later, in London, with Kanter proclaiming on Twitter that he would continue on to New York to hold a news conference Sunday with “lots of things to say.”

"Detained NBA Player Blames Politics" is from the May 21, 2017 U.S. section of The New York Times. It was written by Benjamin Hoffman and narrated by Keith Sellon-Wright.