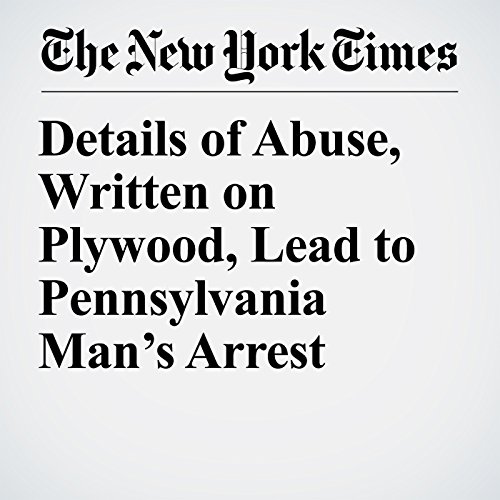 What became an expansive investigation into decades of child rape began last year when a man moving into a Pennsylvania mobile home found lurid descriptions of sexual abuse scrawled on a piece of forgotten plywood.

"Details of Abuse, Written on Plywood, Lead to Pennsylvania Man’s Arrest" is from the February 06, 2017 U.S. section of The New York Times. It was written by Mitch Smith and narrated by Caroline Miller.