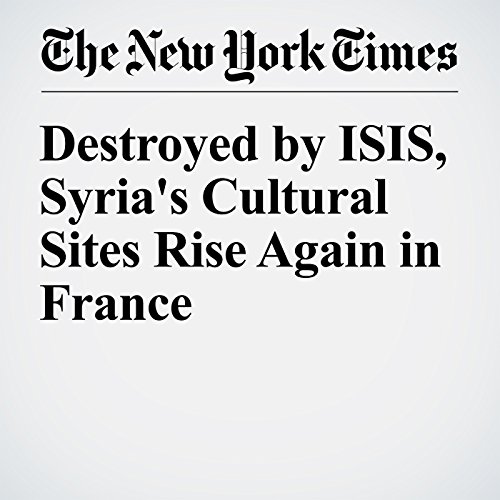 When the Islamic State was about to be driven out of the ancient city of Palmyra in March, Yves Ubelmann got a call from Syria’s director of antiquities to come over in a hurry.

"Destroyed by ISIS, Syria's Cultural Sites Rise Again in France" is from the December 31, 2016 World section of The New York Times. It was written by Marlise Simons and narrated by Barbara Benjamin-Creel.