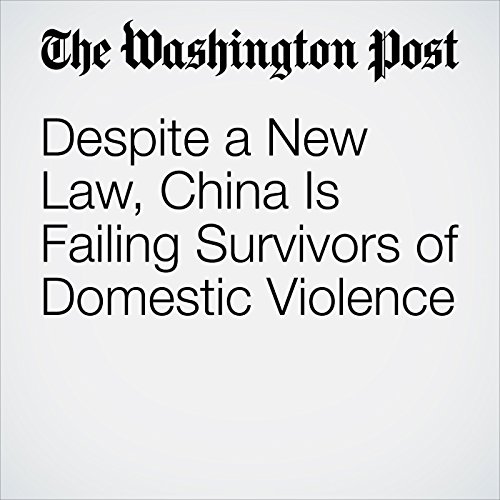 Despite a New Law, China Is Failing Survivors of Domestic Violence

A key provision of China’s anti-domestic violence law, a promise to issue restraining orders, is not being properly implemented, putting women at risk and blunting the force of legislation touted as a cornerstone of President Xi Jinping’s social policy.

"Despite a New Law, China Is Failing Survivors of Domestic Violence" is from the February 07, 2017 World section of The Washington Post. It was written by Emily Rauhala and narrated by Sam Scholl.