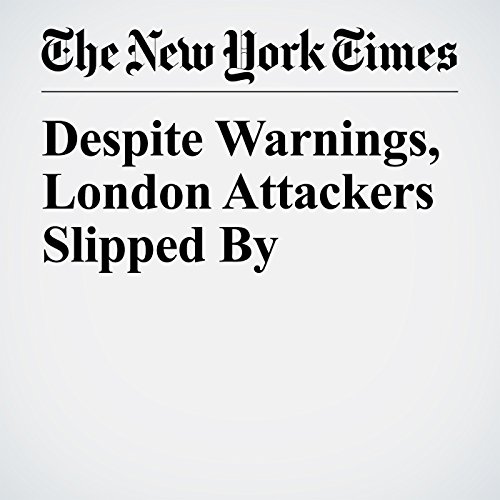 Islamic State propaganda had been found in the bag of one attacker while he was trying to board a flight in Italy. An FBI informant said he had raised alarms about the second attacker two years ago. The third attacker, denied asylum in Britain, appeared to have sneaked in from Ireland.

"Despite Warnings, London Attackers Slipped By" is from the June 07, 2015 World section of The New York Times. It was written by Rukmini Callimachi and Katrin Bennhold and narrated by Keith Sellon-Wright.