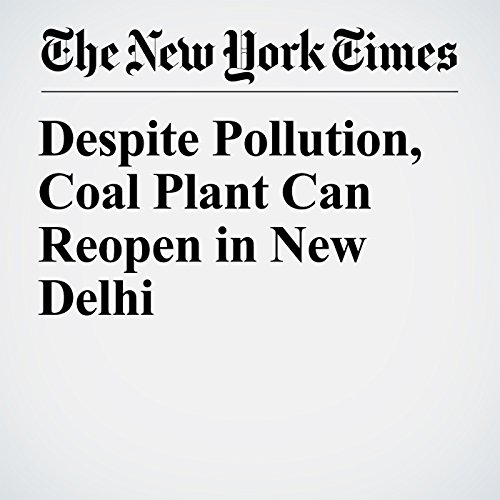 The 43-year-old Badarpur Thermal Power Station, a coal-burning plant on the edge of what has been called the world’s most polluted city, New Delhi, was quietly cleared to resume pumping smoke into the air last week.

"Despite Pollution, Coal Plant Can Reopen in New Delhi" is from the March 18, 2017 World section of The New York Times. It was written by Nida Najar and narrated by Fleet Cooper.