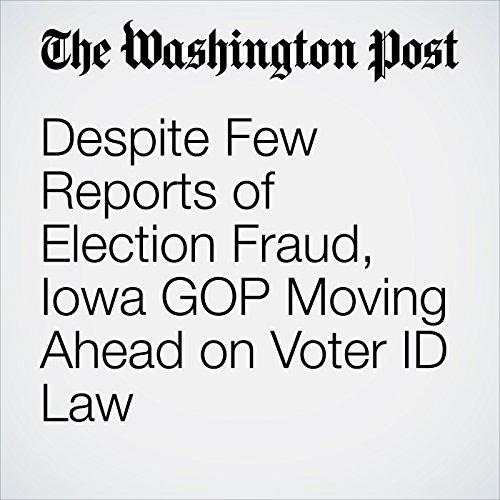 In reality, Trump and Republicans enjoyed a near-total rout in Iowa. Trump won the state by 10 points, the biggest victory for a Republican presidential candidate in Iowa since Ronald Reagan's 1980 landslide.

"Despite Few Reports of Election Fraud, Iowa GOP Moving Ahead on Voter ID Law" is from the January 06, 2017 Politics section of The Washington Post. It was written by David Weigel and narrated by Jill Melancon.