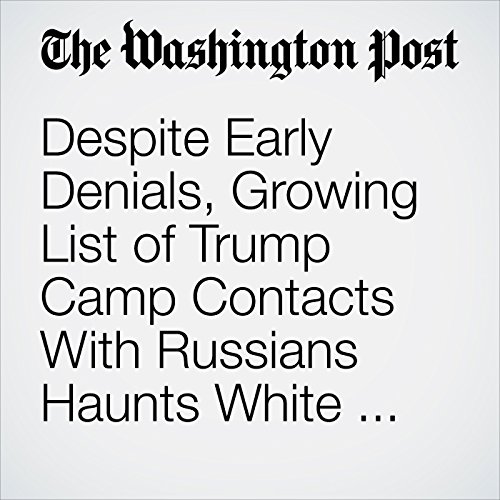 The past few days have brought a growing list of confirmed communications between Trump campaign aides and Russian officials, with each new revelation adding to a cloud of suspicion that hangs over the White House as critics demand an independent investigation.

"Despite Early Denials, Growing List of Trump Camp Contacts With Russians Haunts White House" is from the March 04, 2017 Politics section of The Washington Post. It was written by Rosalind S. Helderman and narrated by Jill Melancon.