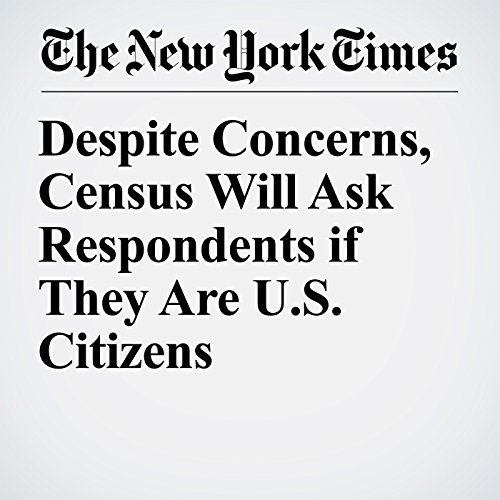 The 2020 census will ask respondents whether they are U.S. citizens, the Commerce Department announced Monday night, agreeing to a Trump administration request with highly charged political and social implications that many officials feared would result in a substantial undercount.

"Despite Concerns, Census Will Ask Respondents if They Are U.S. Citizens" is from the March 27, 2018 U.S. section of The New York Times. It was written by Emily Baumgaertner and narrated by Keith Sellon-Wright.

Cosa pensano gli ascoltatori di Despite Concerns, Census Will Ask Respondents if They Are U.S. Citizens