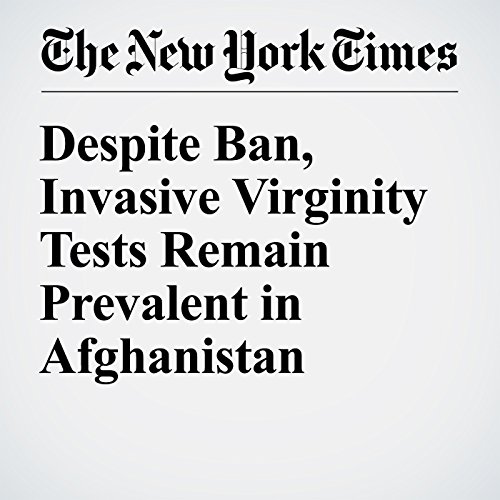 The teenage girl had barely survived an attempted mob lynching in Kabul. The police responded by forcing her to undergo a virginity examination.

"Despite Ban, Invasive Virginity Tests Remain Prevalent in Afghanistan" is from the January 05, 2017 World section of The New York Times. It was written by Zahra Nader and Mujib Mashal and narrated by Caroline Miller.