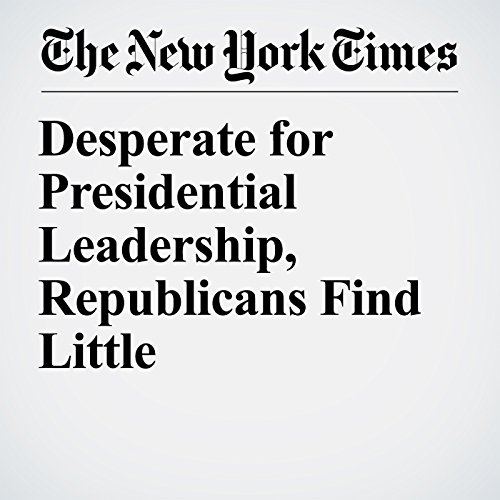 As congressional leaders struggle to clear the first major legislative hurdle of the Trump era — a bill to repeal and replace the Affordable Care Act — their talks with the White House, though not infrequent, have failed to advance any coherent, cohesive policy prescription. Repealing the health care law is the Republicans’ first step toward enacting their broader agenda.

"Desperate for Presidential Leadership, Republicans Find Little" is from the February 28, 2017 U.S. section of The New York Times. It was written by Jennifer Steinhauer and Emmarie Huetteman and narrated by Kristi Burns.