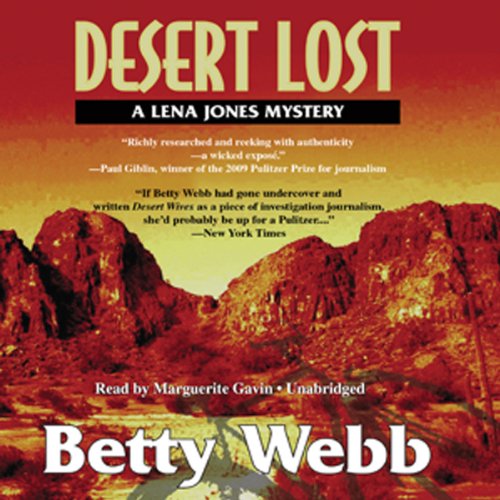 While running surveillance in an industrial section of Scottsdale, P.I. Lena Jones discovers the body of a woman connected to Second Zion, an infamous polygamy cult based in northern Arizona. Lena joins forces with Rosella, a former polygamist "sister wife," to find the victim's killer and soon discovers a shocking secret: in a society where one man can have ten wives, nine men will have none. Second Zion makes certain these possible rivals don't stick around.

In the midst of Lena's search for the dead woman's lost son, she is surprised by a visit from Madeline, the beloved foster mother whom she'd been forcibly parted from at the age of nine. Madeline's presence renews Lena's memories of her own damaged childhood.

The joyful reunion with Madeline is interrupted when Lena learns that friend and television star Angel Grey is being stalked by a mental patient. When Lena flies to Angel's aid, she finds that danger has followed her to Hollywood.

The lost boys of Arizona do not fare as well as the lost boys of Neverland.
"[A] fast-paced sixth series entry that will appeal to readers who enjoy gritty Southwestern mysteries. No one writes quite like she does." (Library Journal)
"Clear-cut characterizations help a complicated plot flow smoothly." (Publishers Weekly)