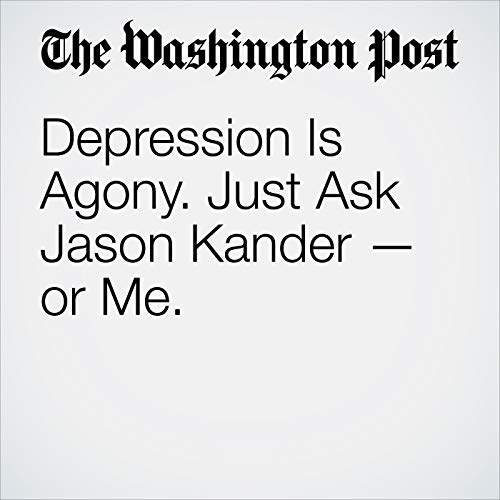 Depression Is Agony. Just Ask Jason Kander — or Me.

I don’t know much about Jason Kander, except what I read about him in the news. A former Army intelligence officer and Afghanistan veteran. First millennial to win a statewide office when he was elected Missouri secretary of state in 2012. Up-and-coming Democratic Party leader.

"Depression Is Agony. Just Ask Jason Kander — or Me." is from the October 05, 2018 Opinion section of The Washington Post. It was written by Colbert I. King and narrated by Jenny Hoops.