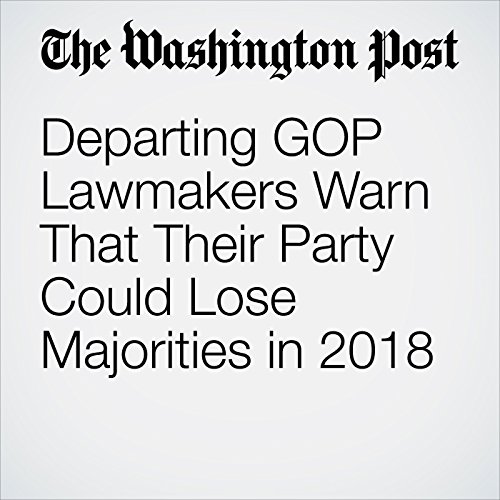 Republicans could easily lose their congressional majorities in 2018, two retiring GOP lawmakers warned Sunday, pointing to a lack of diversity in the party and President Trump’s pattern of catering to his narrow conservative base as likely harbingers of bad news for their party.

"Departing GOP Lawmakers Warn That Their Party Could Lose Majorities in 2018" is from the December 24, 2017 Politics section of The Washington Post. It was written by Karoun Demirjian and narrated by Sam Scholl.