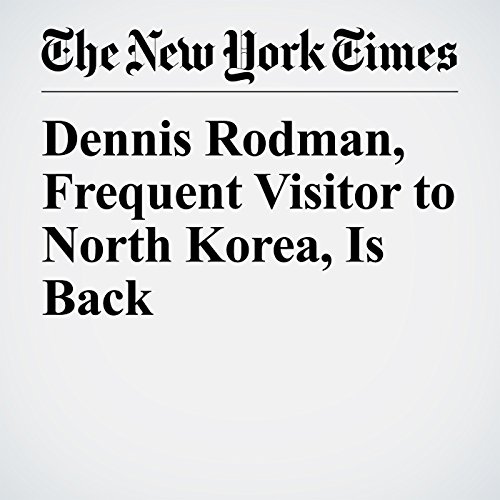 The former NBA star Dennis Rodman has been one of the United States’ most unlikely links to North Korea, traveling repeatedly to the authoritarian state and gaining rare access to its leadership.

"Dennis Rodman, Frequent Visitor to North Korea, Is Back" is from the June 13, 2017 World section of The New York Times. It was written by Austin Ramzy and narrated by Keith Sellon-Wright.