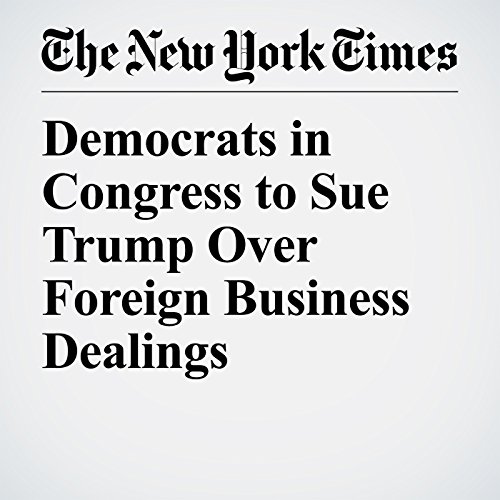 "Democrats in Congress to Sue Trump Over Foreign Business Dealings" is from the June 14, 2017 U.S. section of The New York Times. It was written by Sharon Lafraniere and narrated by Keith Sellon-Wright.