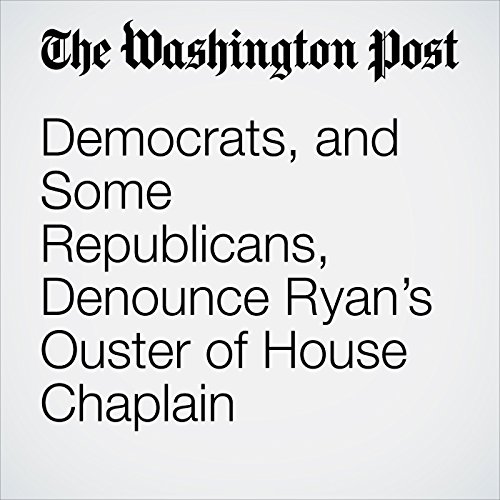 The ouster of the chaplain serving the U.S. House roiled the chamber on Friday, as Democrats demanded an investigation into the move by House Speaker Paul D. Ryan (R-Wis.) and even some Republicans expressed anger over the dismissal.

"Democrats, and Some Republicans, Denounce Ryan’s Ouster of House Chaplain" is from the April 27, 2018 Politics section of The Washington Post. It was written by Mike DeBonis, John Wagner and Paul Kane and narrated by Jenny Hoops.