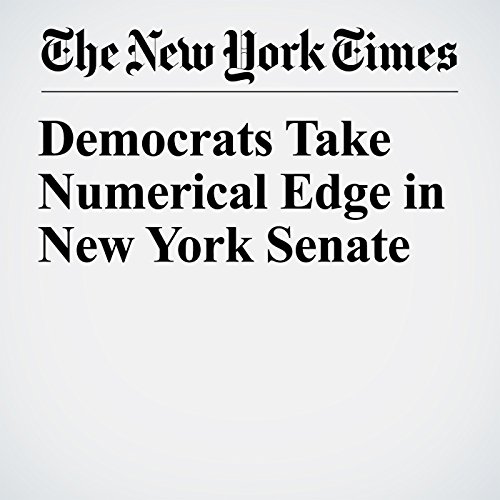 In a special election in New York that was thought to hold the key to Democrats’ capturing the state Senate, Shelley B. Mayer, the Democratic candidate, sailed to victory in Westchester County on Tuesday, buoyed by a large turnout of progressive voters angered by the Trump presidency.

"Democrats Take Numerical Edge in New York Senate" is from the April 24, 2018 U.S. section of The New York Times. It was written by Lisa W. Foderaro and narrated by Keith Sellon-Wright.