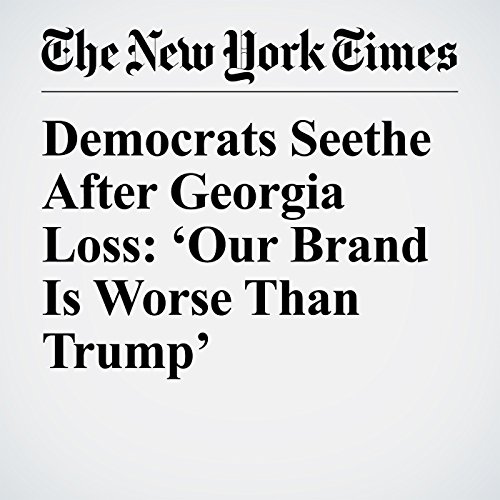 Democrats Seethe After Georgia Loss: ‘Our Brand Is Worse Than Trump’

Democrats seethed, second-guessed and sought to regroup Wednesday after a disappointing special election defeat in Georgia, with the party’s campaign chief in the House of Representatives outlining alternative paths to taking power, and some lawmakers questioning anew the leadership and political strategy of Nancy Pelosi, the Democratic minority leader.

"Democrats Seethe After Georgia Loss: ‘Our Brand Is Worse Than Trump’" is from the June 21, 2017 U.S. section of The New York Times. It was written by Alexander Burns and Jonathan Martin and narrated by Keith Sellon-Wright.