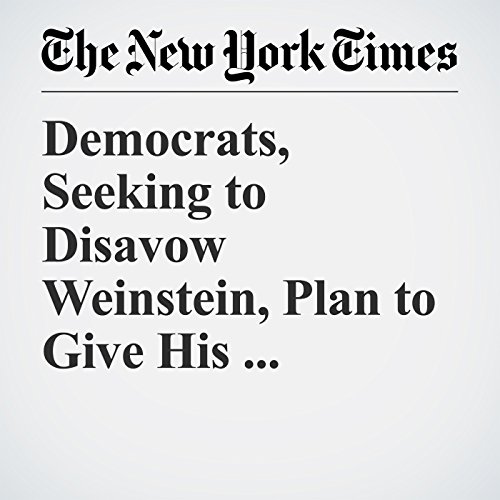 Democrats, Seeking to Disavow Weinstein, Plan to Give His Donations to Charity

Congressional Democrats on Thursday began giving away some of the thousands of dollars in campaign contributions they had received from Harvey Weinstein, a wealthy Hollywood producer, moving to distance themselves from him after revelations he had reached at least eight settlements with women accusing him of sexual harassment.

"Democrats, Seeking to Disavow Weinstein, Plan to Give His Donations to Charity" is from the October 05, 2017 U.S. section of The New York Times. It was written by Jonathan Martin and narrated by Mike DelGaudio.