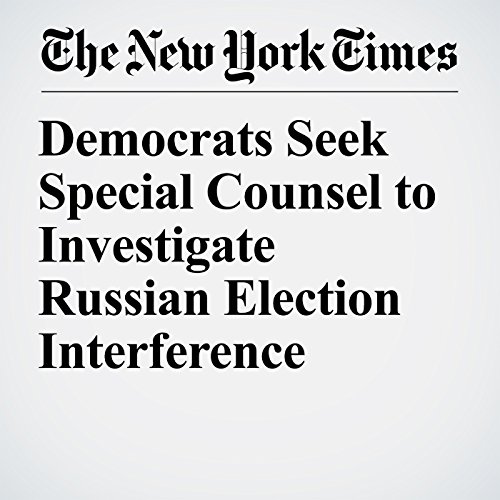 The top Democrat on the Senate Judiciary Committee on Tuesday called for the appointment of a special counsel to lead the criminal investigation into Russian interference in the 2016 presidential election, saying the appointment was necessary to shield the inquiry from the appearance of political interference by the Trump administration.

"Democrats Seek Special Counsel to Investigate Russian Election Interference" is from the March 07, 2017 U.S. section of The New York Times. It was written by Charlie Savage and Eric Lichtblau and narrated by Fleet Cooper.