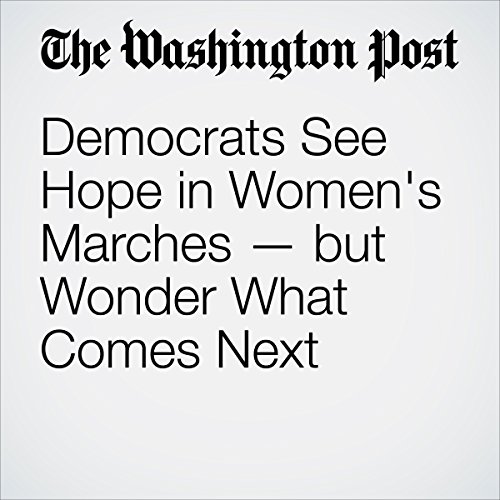 Just as Republicans once adapted to the emergence of the tea party movement, Democrats are trying to figure out what a new — and much larger — mobilization will mean for the fights against Trump and congressional Republicans. Saturday’s marches, which featured speeches from many leading Democrats, were not explicitly Democratic events. Ellison, like all but one leading candidate to run the Democratic National Committee, spent the hours around the march at a donor meeting in Florida.

"Democrats See Hope in Women's Marches — but Wonder What Comes Next" is from the January 22, 2017 Politics section of The Washington Post. It was written by David Weigel and Jenna Portnoy and narrated by Jenny Hoops.