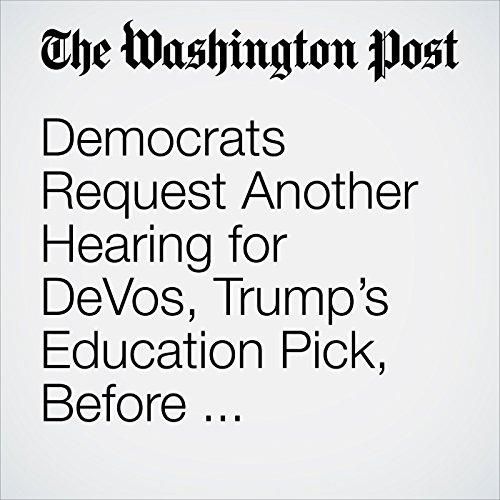 Senate Democrats are formally asking Sen. Lamar Alexander (R-Tenn.) to have a second confirmation hearing for Betsy DeVos, President Trump’s education nominee, arguing that they need an opportunity to further scrutinize her potential conflicts of interests and preparedness to lead the Education Department.

"Democrats Request Another Hearing for DeVos, Trump’s Education Pick, Before Confirmation Vote" is from the January 23, 2017 Politics section of The Washington Post. It was written by Emma Brown and narrated by Sam Scholl.