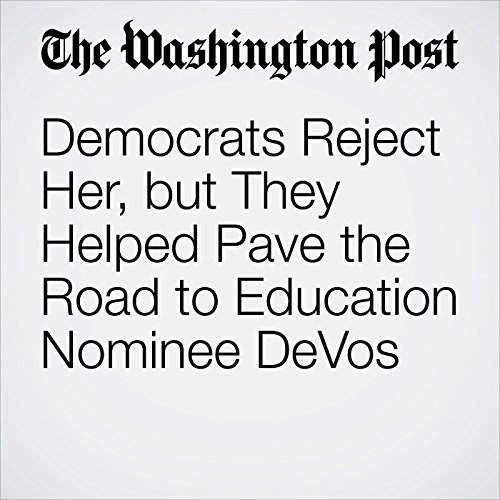 Betsy DeVos, a Republican billionaire from Michigan who public school advocates see as hostile to America’s public education system, is likely to be confirmed despite a rocky Senate committee hearing, where, under caustic Democratic questioning, she seemed not to know basic education issues.

"Democrats Reject Her, but They Helped Pave the Road to Education Nominee DeVos" is from the January 21, 2017 U.S. section of The Washington Post. It was written by Valerie Strauss and narrated by Jill Melancon.