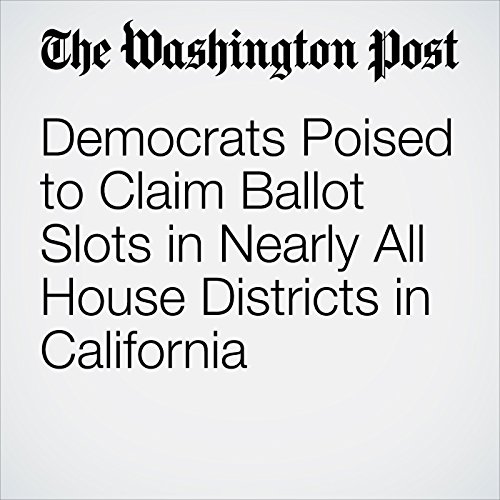 California Democrats on Wednesday were poised to claim slots on nearly every House ballot on the year’s biggest day of primary elections, a major step forward in the party’s pursuit of the majority in November.

"Democrats Poised to Claim Ballot Slots in Nearly All House Districts in California" is from the June 06, 2018 Politics section of The Washington Post. It was written by David Weigel, Mike DeBonis, David A. Fahrenthold and Elise Viebeck and narrated by Sam Scholl.