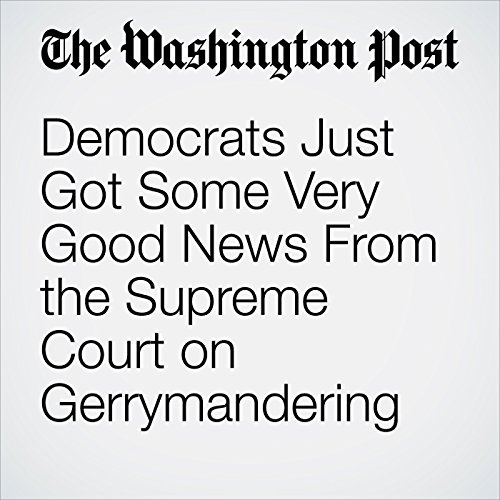 The Supreme Court just made a major decision without actually issuing a decision. On Monday morning, the justices announced that they would take up a case out of Wisconsin that could result in a ruling on the constitutionality of partisan gerrymandering.

"Democrats Just Got Some Very Good News From the Supreme Court on Gerrymandering" is from the June 19, 2017 The Fix section of The Washington Post. It was written by Aaron Blake and narrated by Sam Scholl.