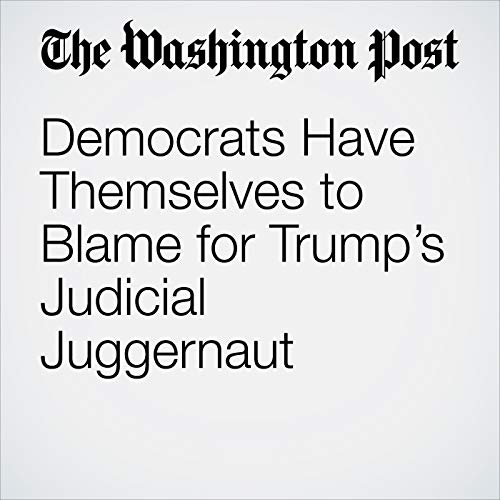 If only diamonds are forever, federal judges are the next-best thing. They form the nuclear isotope of a presidency, radiating energy long after their patrons have left the White House. Article III of the Constitution establishes the judiciary as an independent branch of the government, but who wields judicial power is dependent on who occupies the Oval Office.

"Democrats Have Themselves to Blame for Trump’s Judicial Juggernaut" is from the August 28, 2018 Opinion section of The Washington Post. It was written by David Von Drehle and narrated by Sam Scholl.