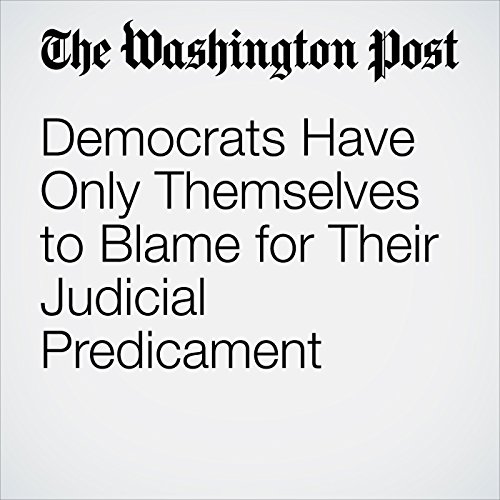 Democrats Have Only Themselves to Blame for Their Judicial Predicament

As President Trump prepares to announce his replacement for retiring Supreme Court Justice Anthony M. Kennedy, Democrats are desperate to block the president’s nominee — but are powerless to so. They have no one to blame but themselves. Let’s take a moment to recall the sordid 15-year history of Democratic miscalculations that brought them to this point.

"Democrats Have Only Themselves to Blame for Their Judicial Predicament" is from the July 06, 2018 Opinion section of The Washington Post. It was written by Marc A. Thiessen and narrated by Jenny Hoops.