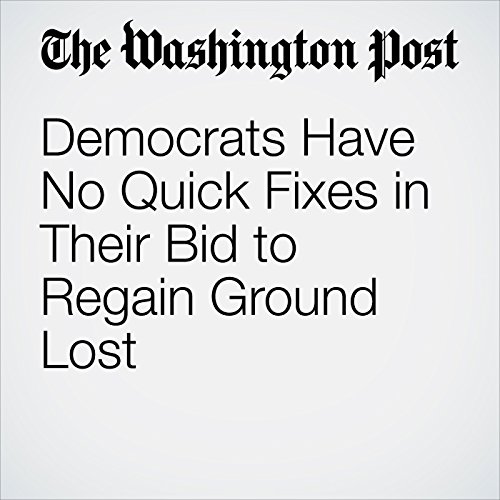 The Gallup organization regularly publishes reports on the partisan leanings of the states, a series of snapshots of the ebb and flow of political self-identifications across the country. The most recent compilation provides one more piece of evidence of the degree to which Americans have moved away from the Democratic Party since former president Barack Obama was first elected.

"Democrats Have No Quick Fixes in Their Bid to Regain Ground Lost" is from the February 04, 2017 Politics section of The Washington Post. It was written by Dan Balz and narrated by Jill Melancon.