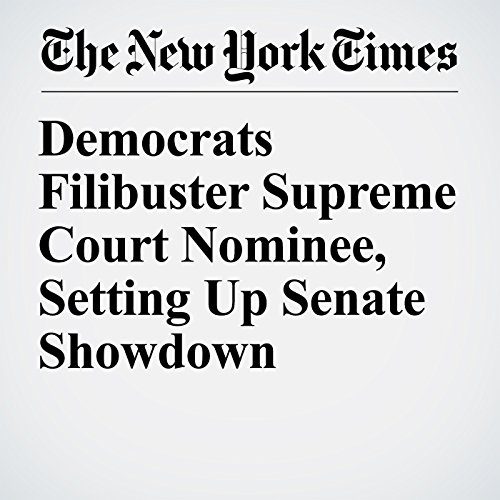 Senate Democrats on Thursday filibustered the Supreme Court nomination of Judge Neil Gorsuch, holding the line with a precedent-busting partisan blockade of a selection for the high court and setting up a showdown over filibusters that could reshape the Senate for years.

"Democrats Filibuster Supreme Court Nominee, Setting Up Senate Showdown" is from the April 06, 2017 U.S. section of The New York Times. It was written by Matt Flegenheimer and narrated by Keith Sellon-Wright.