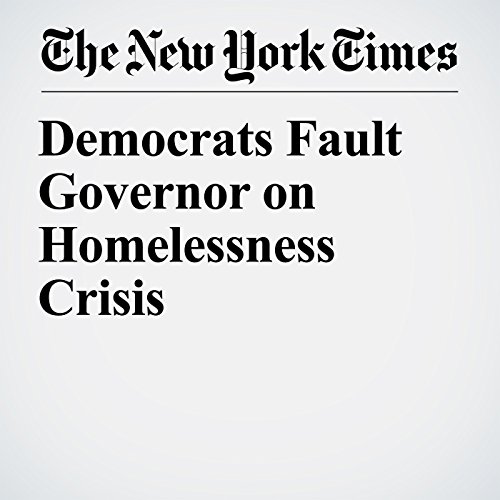 Gov. Jerry Brown of California is entering his final year in public life riding high in opinion polls and generally praised by government officials. But as the spotlight shifts to a new generation, there has been an increasing focus on the blight of poverty and homelessness under Brown’s watch — by his fellow Democrats.

"Democrats Fault Governor on Homelessness Crisis" is from the March 01, 2018 U.S. section of The New York Times. It was written by Adam Nagourney, Matt Stevens and narrated by Kristi Burns.